Your Facebook Posts Can Get You Fired, But Maybe Not Ruin Your Chance To Collect Unemployment

Hate your job or your boss? Feel free to let some steam out when around friends or family. But be careful jumping on Facebook, Twitter, or Instagram to complain. A Rhode Island delivery driver lost his job when his boss, who had been blocked on Facebook by the driver, used a third person’s profile to read the driver’s negative Facebook posts about the boss. But, in an unexpected decision issued in June, the Rhode Island Supreme Court held that the employer could not use those posts to keep the driver from collecting unemployment.

Under Rhode Island law, you cannot collect unemployment benefits if you are fired for “misconduct connected with [your] work.” The Warwick delivery driver in this case had posted disparaging comments about his supervisor, which led to him being fired. Rhode Island is an at-will state, meaning that employers can generally fire you for any reason or no reason at all. And the Facebook post, which compared the boss to Pinocchio, was enough to get the driver fired. But the employer went one step further and fought him when he sought unemployment benefits.

After losing four times in a row, the fired employee appealed to the Rhode Island Supreme Court. The Court decided that the delivery driver was entitled to benefits. The Court reasoned that because the Facebook post was private and was only accessed by the supervisor through a third person’s profile, the misconduct (assuming it was misconduct) was not connected with the driver’s work.

So, does this mean you should log into your social media accounts and start calling your boss names? Not quite yet. Remember, the law likely offers you no protection from being fired in such a situation, just like the delivery driver. The Supreme Court has merely held that in certain circumstances, social media posts may not be “connected” to you work and therefore constitute grounds for denial of unemployment benefits. 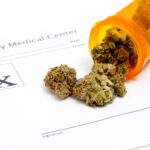 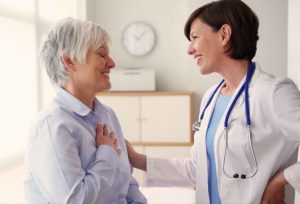